Within the framework of the diplomatic and economic opening of the Dashira Community Council, and after the success of a set of agricultural and energy projects in the community, and in order to enhance their value and increase their profitability, the Council worked in the person of its president, Ben Massoud Sidaty, for some time in search of partners, benefiting from their experience in the same field and marketing the potential of the community. 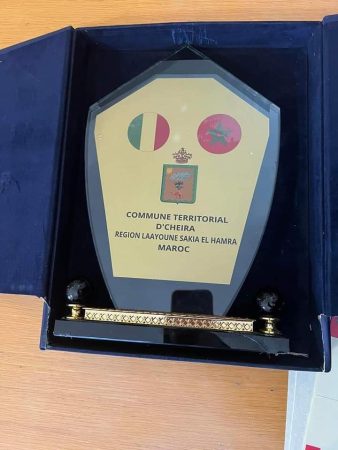 At the end of this event, the mayor of Eboli gave a speech, explaining that the twinning agreement between “Dchira” and “Eboli” has as its main objective “to strengthen cooperation between the Italian and Moroccan Councils, and aims to contribute to the consolidation of politics and economic relations between Morocco and Italy and an important opportunity to learn about the geographical area.” to the “Al-Dashira” community and its oases, which will allow investors to create desert and ecological tourism in the region. 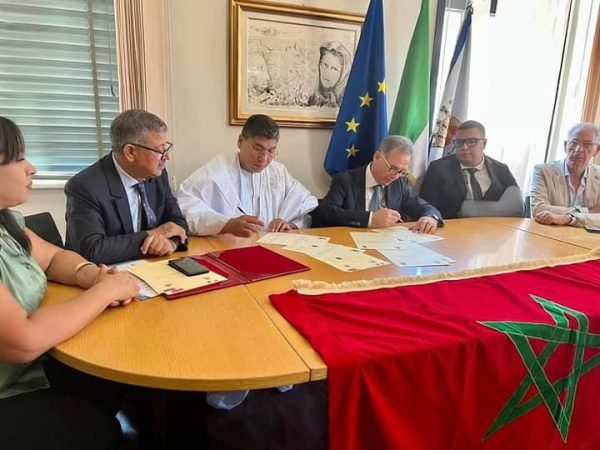 In the same context, the head of the Dechira group, Benmasoud Sidaty, said that “the two councils that share the field of agriculture, grazing and dairy production are motivated by a strong desire to create joint projects in the region, and that this agreement will highlight the development program drawn up by the municipality, which will make Dechira a tourist destination.” Ecological and sustainable energies.

It should be noted that the community of Dashira, 22 km east of El-Ayoun, has seen a number of large projects, including the “Noor 1” solar power plant and the “Tiba” cooperative, which has a dairy factory largest of the southern regions. of the kingdom