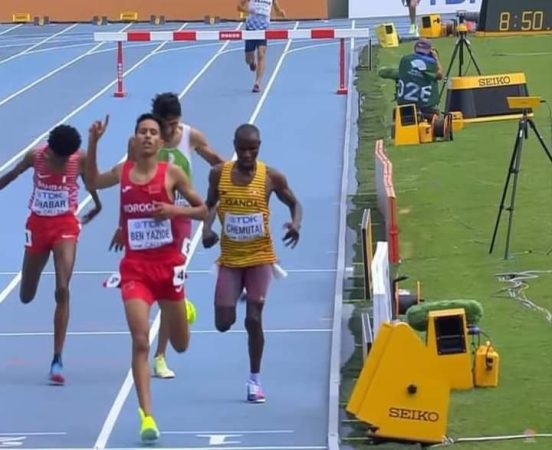 Runner Ben Yazid, who has the world’s best achievement of the year in the junior category, won this medal after finishing third with a time of 8 minutes, 40 seconds and 62 percent.