Moroccan theater and television giants Nozha Regaraki and Mohamed El Jem return with a new comedy series that revives the comic spirit that their audience is accustomed to through the works they present, this time entitled “Afak Ababa” directed by Idriss Sawab, which is scheduled to be broadcast on Channel One.

And it became clear through what was leaked behind the scenes of the “Afak Ababa” series that it will bring together a group of Moroccan artists such as Nozha Rakeraki, Mohamed El-Jem, Hind Benjbara and Sahar Al-Siddiqi, along with Nasser. Akbab, Yahya Vande, Murad Hamimou, Said Amel, Jamal Ababsi, and Fatima Al-Zahra Al-Hur. 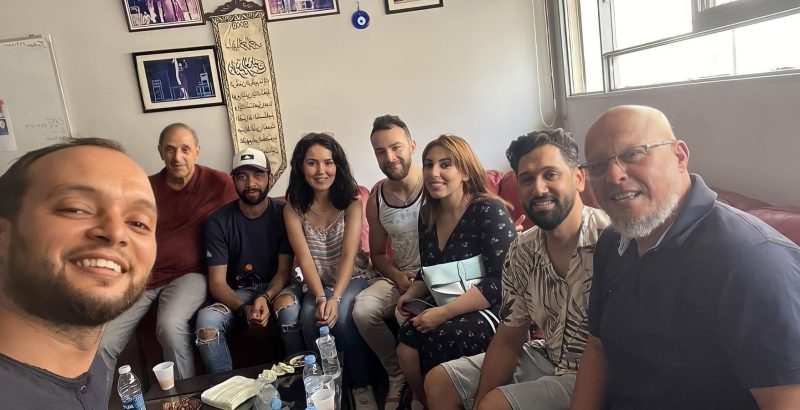 The last work that brought together artist Mohamed El-Jem and Nozha El-Rekraki was the “Daba Zian” series, which aired on “MBC 5”, in which they met artist Aziz Al-Hattab, Majdouline Al-Idrisi , Salma Al-Siri and Mohamed Al-Sedrati, where the Moroccan artist Saad Lamjarred sang Jenneric. The “Daba Zian” series.