The residents of Dar Ibjau in the community of Tzort in the province of Larache raised the alarm due to negligence and negligence, due to the negative effects and considerable material and human losses due to the presence of electrical cables in semi-naked conditions on the roads. .

The neighbors complain about the danger of the electrical cables that have been left hanging on the roads and on the roofs of the houses and on the farms in an open way, according to what the neighbors expressed, in contact with “Hoy 24” their fears for the cases of carelessness that they caused by leaving the electrical cables exposed to the sight and hearing of all officials, which is considered a threat to their lives and that of their children and wives, in addition to the danger of causing a forest fire, since the region is still recovering from the disaster and horror of the latest Bani Arous forest fire, Moulay Abdel Salam bin Mchich. 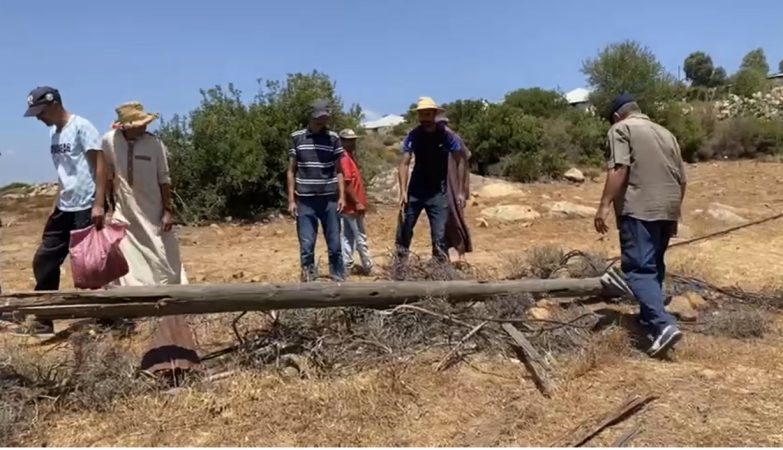 It should be noted that the head of the Tzort group confirmed that all the officials of the National Electricity Office are aware of the issue of worn electric poles in a group of the group’s halls, and those electric cables can cause at any moment what has happened. unpleasant consequences, but the National Directorate of Electricity, which has jurisdiction, monitors and attends with a logic of great need that we fulfill by leaving it and remaining idly by, and not even bothering to inspect the electrical poles, despite the numerous correspondences of the group on the subject, “Hoy 24” has copies of them. 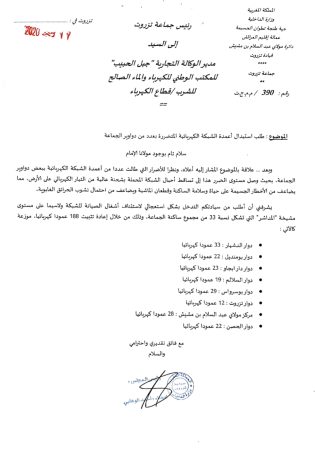 The collective council has not received a response or response to this day, forcing it, adds the head of the group, to write to the General Director of Electricity in order to open an investigation for the negligence and negligence of the interests of the National Electricity. Maintenance office for fallen electrical poles in several of the group’s rooms, with the identification of responsibilities in relation to the recent forest fire of the Tzort group, which left victims in lives and considerable material losses.