To detect suspicious transcontinental shipments, the most prominent Spanish ports announced that they are equipping them with advanced “scanners”, devices that can detect the contents of containers even without opening them and inspecting them from the inside.

And as announced by the interests of the Spanish ports, the port of Algeciras is one of the five Spanish ports that have been equipped with these devices, which play a fundamental role in detecting drug shipments, be it hemp, often from Morocco, or cocaine from Latin American countries. 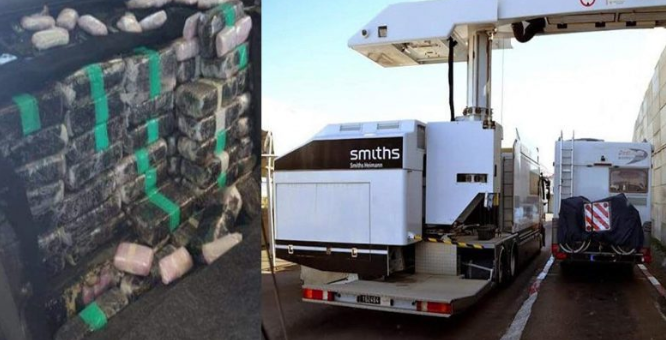 According to Spanish media sources, the customs services of the port of Algeciras announced that the scanners have a unique feature, which is that they can detect prohibited shipments, especially drug shipments of all kinds, even without opening and inspecting the containers in case of doubt. . procedure that is carried out working with him to this day.

The new scanners are also mobile and not fixed, meaning they can be easily moved between different port facilities, including the doors of ships carrying containers or trucks.

Sophisticated scanners have been installed in the most important Spanish ports, which usually receive significant amounts of drugs of all kinds. The Galician port of Vigo receives cocaine shipments from Latin American countries, and the port of Khazirat is a major transit point for various types of Moroccan drugs. drugs, as well as for South American cocaine.

It should be noted that these devices are expected to put drug traffickers in serious trouble, and the arrival of these devices at Spanish ports may make it necessary to reach other nearby ports, such as the port of Tanger Med, which is the main crossing into the port. of Algeciras, both in Passengers and in containers and trucks of diverse cargo.