Members of the Judicial Police Corps of the Regional Security District of Nador, based on truthful information provided by the interests of the General Directorate of Territorial Surveillance, arrested six people between the ages of 25 and 47, suspected of being linked to an active criminal network in international drug trafficking.

A statement from the General Directorate of National Security indicated that these security operations were carried out simultaneously in a group of areas on the outskirts of the city of Nador, which initially resulted in the arrest of the first suspect in a house in Al -Aroui. while the rest of the five suspects were arrested in a group of houses in the “Awlad Amghar” roundabout in the Tasmania area, and in their possession 77 packages of hashish were seized, distributed among a group of stashes set up in rocky areas, with a total weight of two tons and 751 kilograms of chira.

The same source added that, “In continuation of the inspections that were carried out at the site, four marine engines, navigation equipment and a set of barrels containing gasoline fuel, as well as two motorcycles, a light car and a sum of money in National and foreign currency was seized, while the last part of this security operation was being carried out Regarding the seizure of a traditional boat in the fishing port “Thala Youssef” on the outskirts of the city of Alhucemas, which is suspected of being used in the execution of international drug smuggling operations through maritime routes. 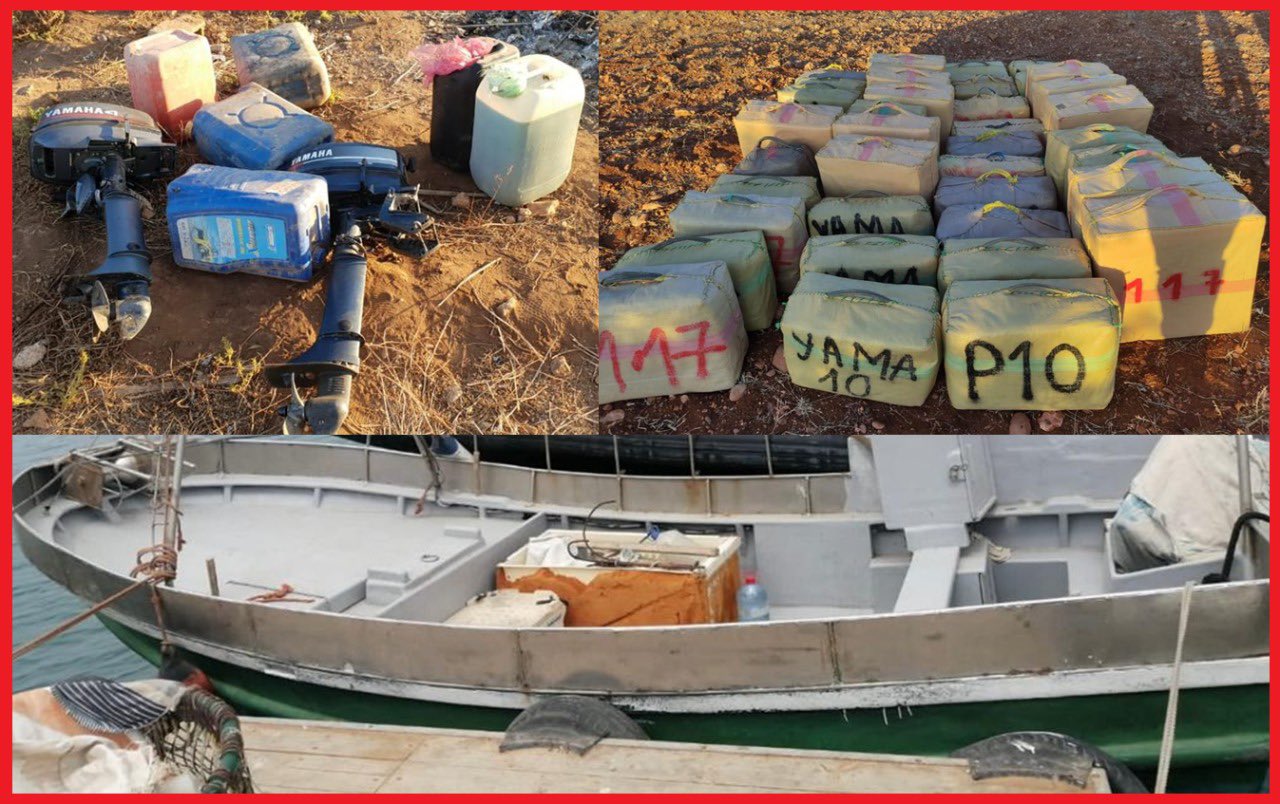 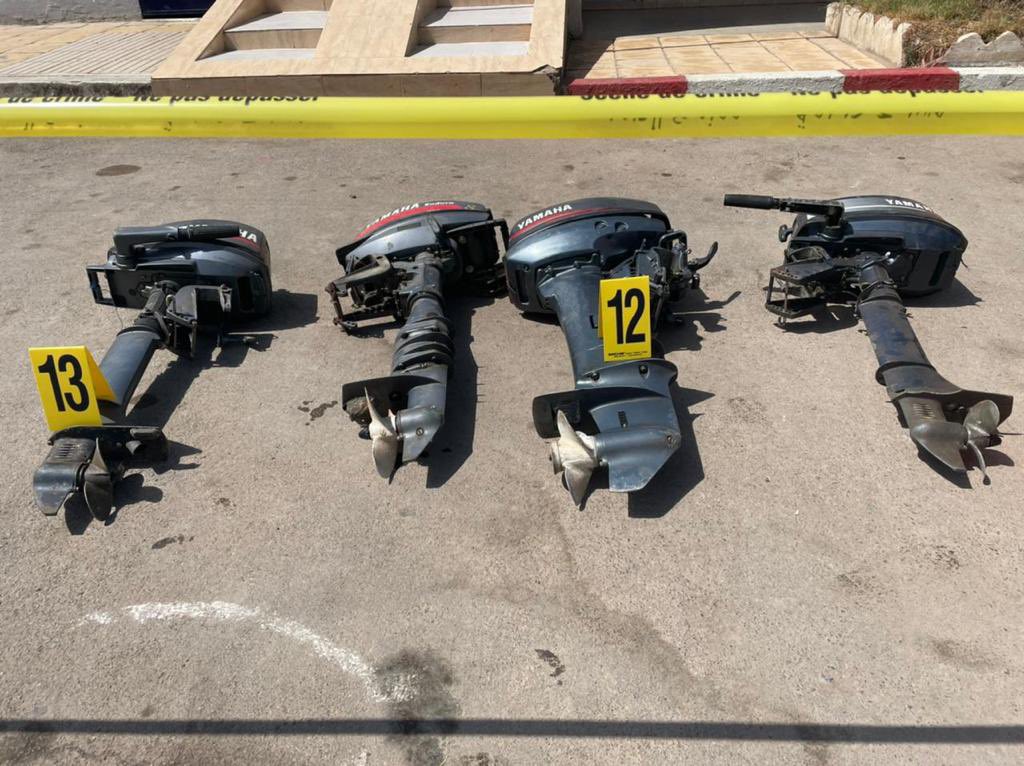 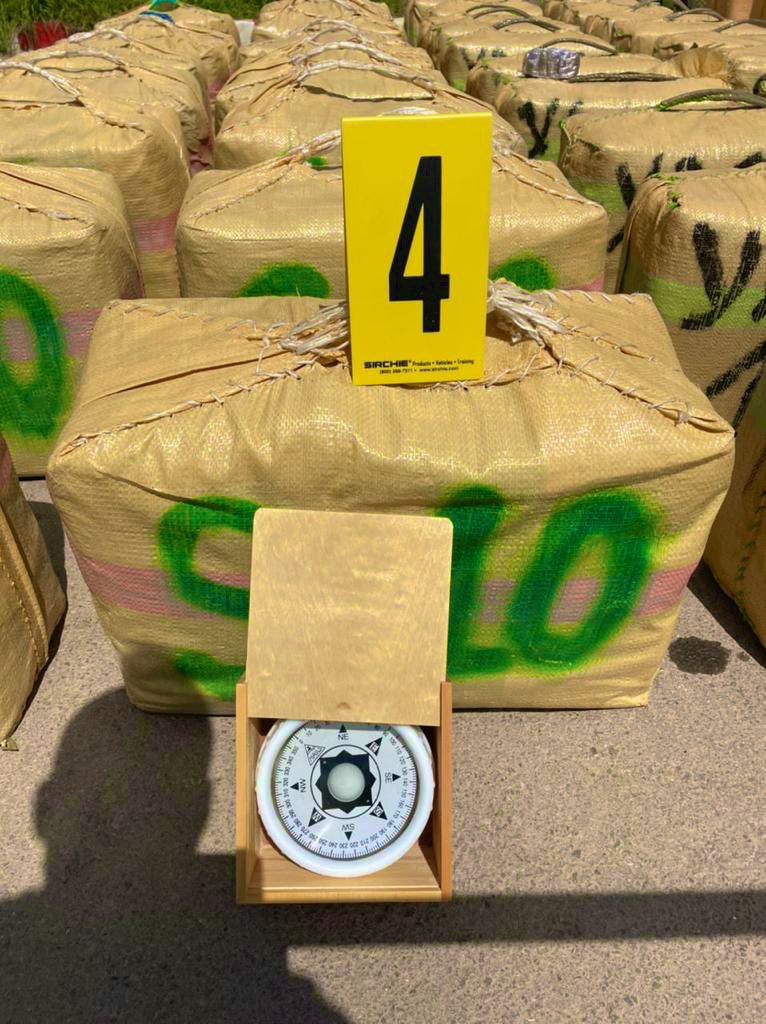 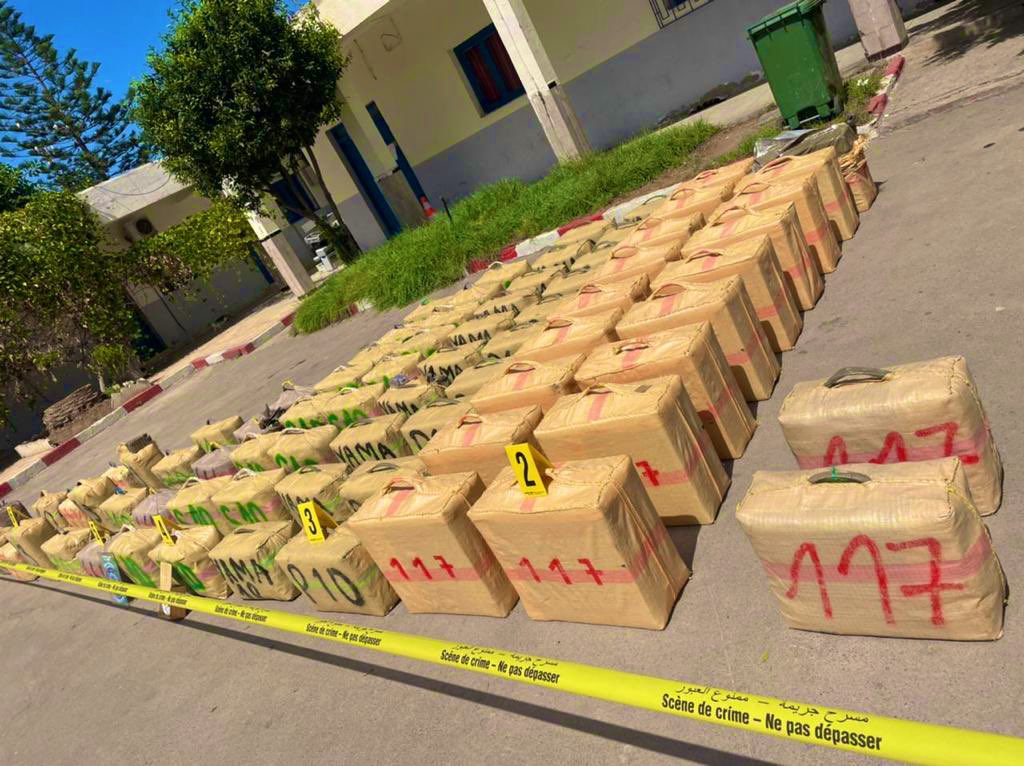 The statement concluded that the suspects were kept in theoretical custody as of the reference to the investigation that is being carried out under the supervision of the competent Public Ministry, in order to detect all the participants and collaborators involved in the activity of this criminal network, and to monitor the approved smuggling routes, as well as identify their possible links at the national and international level.