Abdelsalam Belkhour, president of the Professional Football League, announced today, Tuesday, during the general electoral assembly, held at the Mohammed VI Football Complex in Maamoura, the members of the League’s management office.

The management of the Professional League, which was chosen by Abdel Salam Belkhour, incorporated new faces, and the return of hope to the decision centers was known, after the team representatives were absent from the aforementioned office for many years. 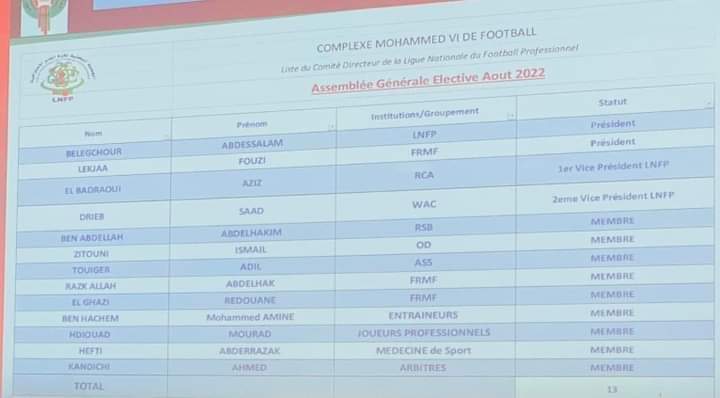 It should be noted that Abdel Salam Belkhour was unanimously elected president of the Professional Football League, succeeding the resigned Saeed Al-Nasiri, knowing that the professional championship for the 2022/2023 season will start on September 2.