The African Football Confederation announced that it has officially withdrawn from Guinea the organization of the 2025 African Cup of Nations, as decided by the Executive, after studying the report and the meeting in Rabat, on July 3, to reopen the way to other African countries. , in order to get this opportunity.

In this regard, a person in charge of the CAF press committee, Tano Diallo, published part of the correspondence received by the Football Association of Guinea, in which the text of the decision read: “After the meeting of the Executive Directorate, decided unanimously to withdraw the organization of the African Cup from Guinea, due to the lack of preparation of the country to host a similar competition”. 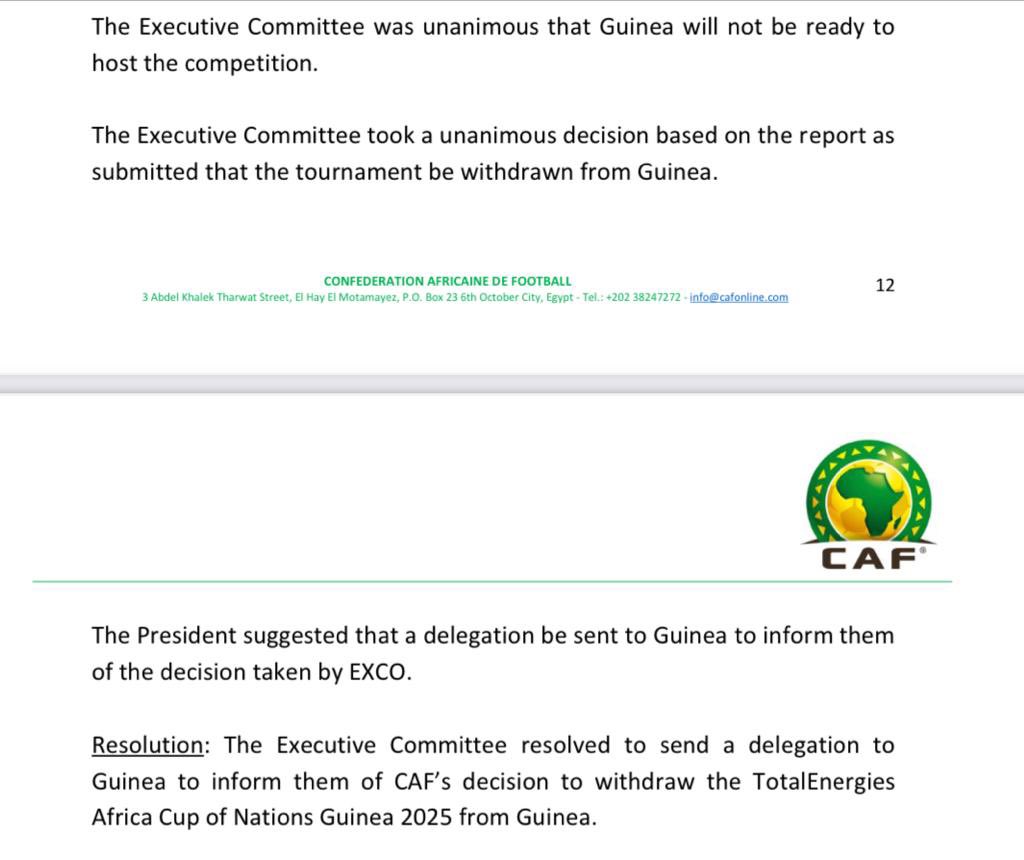 Some countries have expressed their willingness to organize the big football event, pending the official presentation of their bid, and the consideration of the African Football Confederation, to reveal the new host of the 2025 edition instead of Guinea. , knowing that the next edition will take place. place in Ivory Coast.

It should be noted that the last title of the African Cup of Nations, which was played in Cameroon, returned to the Senegalese team for the first time in its history, following their victory in the final stage over Egypt on penalties, after the end of the match. in their original and additional games with a goalless draw.