Maghreb Tetouan opened its new season in the Safwa division, with a 0-0 draw with Maghreb Fez, in the match that was played today, Saturday, on the field of the Fez Sports Complex, for the first day of the professional championship in its first Division. .

The show started early in the stands before kick-off, after the Maghreb Fez fans hoisted the “Tifo”, entitled “Our desert is our homeland”, in addition to the phrase, “The Sahara archive is the mirror through the which looks like Morocco”. in the world”, which was quoted from the last royal speech. 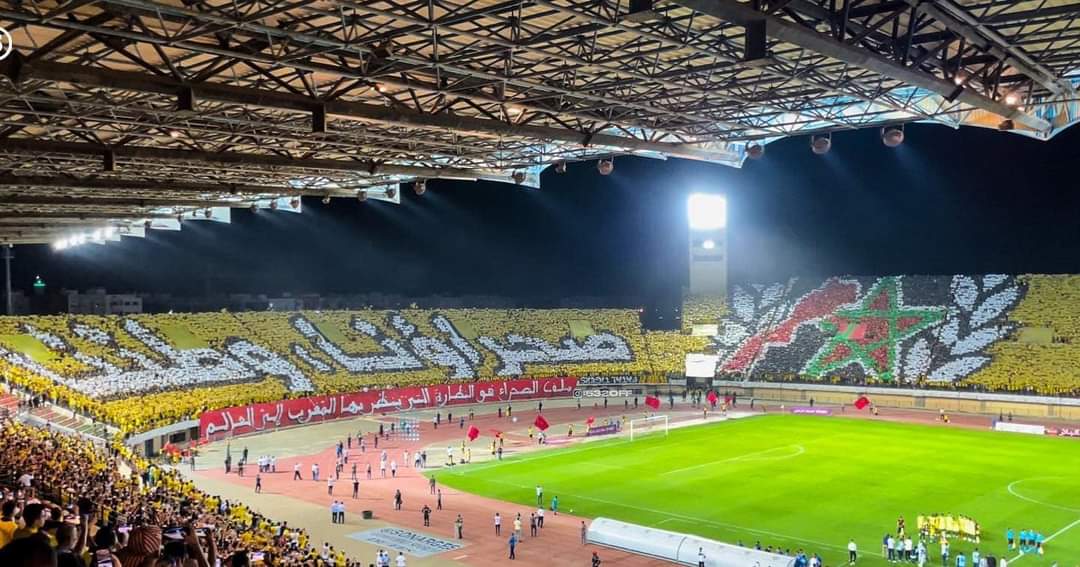 Returning to the field, the first day was of equal performance between the two teams, since each team was looking for the gap that would allow them to reach the net, to score the first goals of the new sports season in the professional championship, but all the scoring chances failed due to lack of offensive efficiency on both sides.

Morocco relied in most of the periods on counterattacks that did not work, as a result of the rush to finish the attack, either by passing or paying, while Morocco Fez waited for opportunities to surprise the white dove with a first goal, but the good position of goalkeeper Yahya Filali and his teammates in defense, although without achieving the goal.

Maghreb Fez was about to open the scoring in the last minutes of the first round thanks to Yassin Al-Dhahabi, were it not for the good intervention of Filali, who deflected the ball safely, to end the first half as it began to the rhythm of the whites, knowing that the stadiums of the Fez sports complex were full to the end, with the fans of Fez and Tetouan who traveled from Tetouan to Fez, in order to support their team, in their first match in the professional first division this season.

Moghreb Tetouan, who miss their new players, due to lack of qualification by the Royal Moroccan Football Federation, “would almost have opened the scoring at the beginning of the second round, if not for the good intervention of the Fassi defense, which was able to get the ball out at the right time, while Belmaachi’s teammates maneuvered.” From time to time, they look for the opening of the marker without being able to do it.

The scoring chances were wasted with the succession of minutes by both sides, after the ball was confined in most of its periods in the center of the field with the loss of many passes, whether it was Maghreb Fez or Maghreb Tetouan , since each team kept looking for the loophole that would allow them to reach the net that was eluding them, due to the lack of offensive efficiency.

The creations of the Tetouan and Fassi fans continued in the stands, while the failure was the most outstanding title of all the attempts made by the two teams together throughout the match, despite the changes made by Abdellatif Grindo, coach of the Maghreb Tetouan, and Abdelhay bin Sultan, captain of the Maghreb Fassi ship, to finish. With this, the match was tied at zero between both sides, so the white dove got its first points in the first professional section, after returning to it again.

Moghreb Tetouan and Moghreb El Fez are currently seventh and eighth, respectively, with one point, along with Al-Fath Athletic and Wydad Athletic on a temporary basis, pending the holding of the remaining two matches of the first round, where Olympique Khouribga will face their counterpart Shabab Mohammedia, while Olympique Safi will face the Raja Sports team. .