The runner-up of the last edition, Raja Sports, tied, with two goals, with Olympique Safi, in the match that was played today, Sunday, on the ground of the Mohammed V venue in Casablanca, at the end of the first round of the professional championship in your first section.

The show started early in the stands before the kick-off, after the Raja Sports fans sang “Tifoyin”, the first of which was titled “Raja with us”, to then start the match between both teams in front of the stands full. to the limit with the fans of Rajawi and Masfavi, who traveled to Al-Bayda to give the necessary support to their team.

Raja Sports entered the first round under pressure from the referee’s whistle, Mohamed Zerzari, perhaps upsetting Olympic Safi with an early goal that had no chance for goalkeeper Anas Al-Zeniti.

The Raja rushed with all his weight after receiving the first goal, in an effort to amend the result before the end of the first round, and who was looking for victory if it came to him, especially since he is playing his first games at home. land and in front of their huge fans, who expect a team that competes for all the titles, after the multiple assignments made by the team, while Tariq Mustafa’s sons maneuvered from time to time, looking for the attack of the Eagles with a second goal .

And what Olympique Safi was looking for with his maneuvers, he achieved in the 21st minute when his player Diala Abdellawi scored the second goal, deepening the wounds of the Eagles, who lost their wings in the first third of the match, who made his new old coach Faouzi Benzarti, asking the reserves to do warm-ups in preparation for having them in the next few minutes. 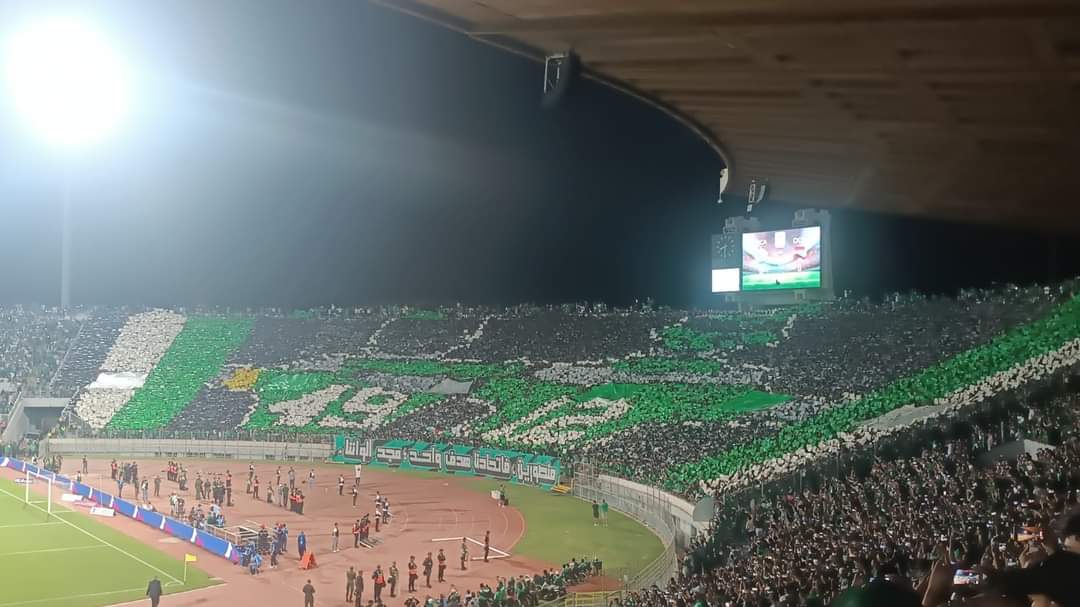 Al-Habti’s teammates continued with their career, until the referee Zerzari announced a penalty in their favor, in the 33rd minute, which Mohamed Al-Nahiri translated into a goal, reducing the difference, and restoring hope to the fans and their Vuelta’s teammates in the match, which ended in the first round with the departure of Mahri’s friends by two goals to one.

The second round was completely different from the previous one, after Raja Sports managed to equalize from the 47th minute with a header from Jamal Harkas, taking the game back to the starting point, so that the two teams look again for the goal that will give them all three points, to lead the professional championship, joined by both Hassania Agadir, Hassani Al-Jadidi Defense, Salmi Sports Youth, Royal Army and Muhammadiyah Youth.

The two teams took turns in control after Raja scored the equaliser, as each side looked for the loophole that would allow them to reach the net a third time to decide the outcome of the match, but the failure was the title standout of all attempts. . knowing that Harraf’s teammates were the most efficient offensively, after they came close to scoring the third goal, had it not been for the good interventions of goalkeeper Khaled Kabiri Alawi.

And it went like this for the remaining minutes, an attack here and there without either party being able to score the winning goal, despite changes made by Raja Sports manager Faouzi Benzarti and Olympic boat captain Tariq Mustafa. Safi. , and attempts made by both sides, the match ended in a positive draw between the two teams with two goals for the same. 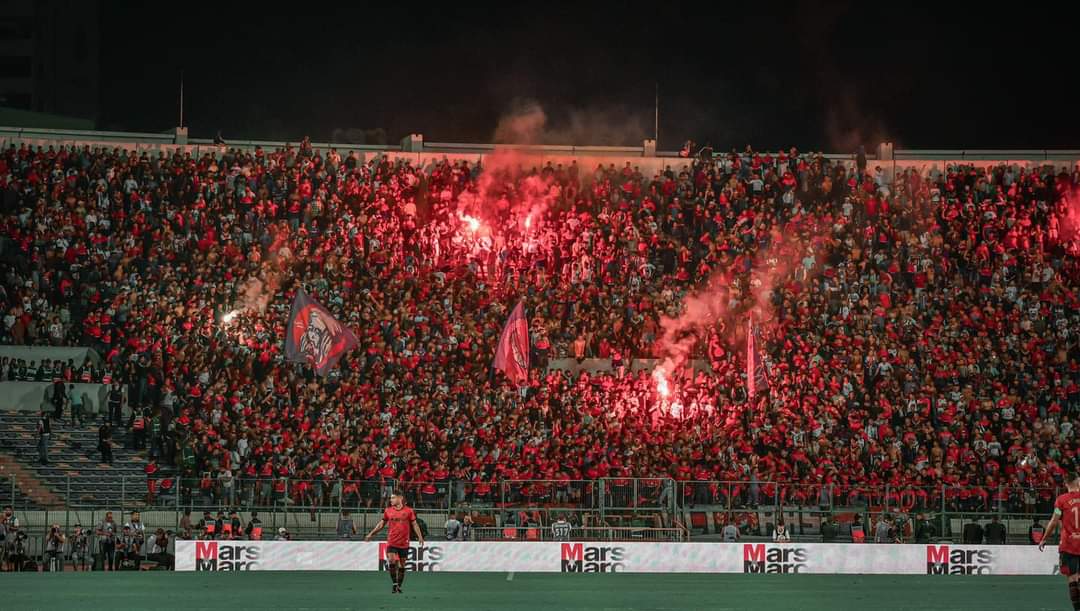 Olympique Safi and Raja Sportive currently occupy sixth and seventh place, respectively, with one point, along with Al-Fath Sports, Wydad Sports, Maghreb Fez and Maghreb Tetouan, knowing that the Eagles will face the Turkish Sports Federation newcomer in the second round, while Al-Qarsh Al-Masfioui will face Morocco, El Fassi.

The following is the final ranking after all the matches of the first round of the professional tournament: 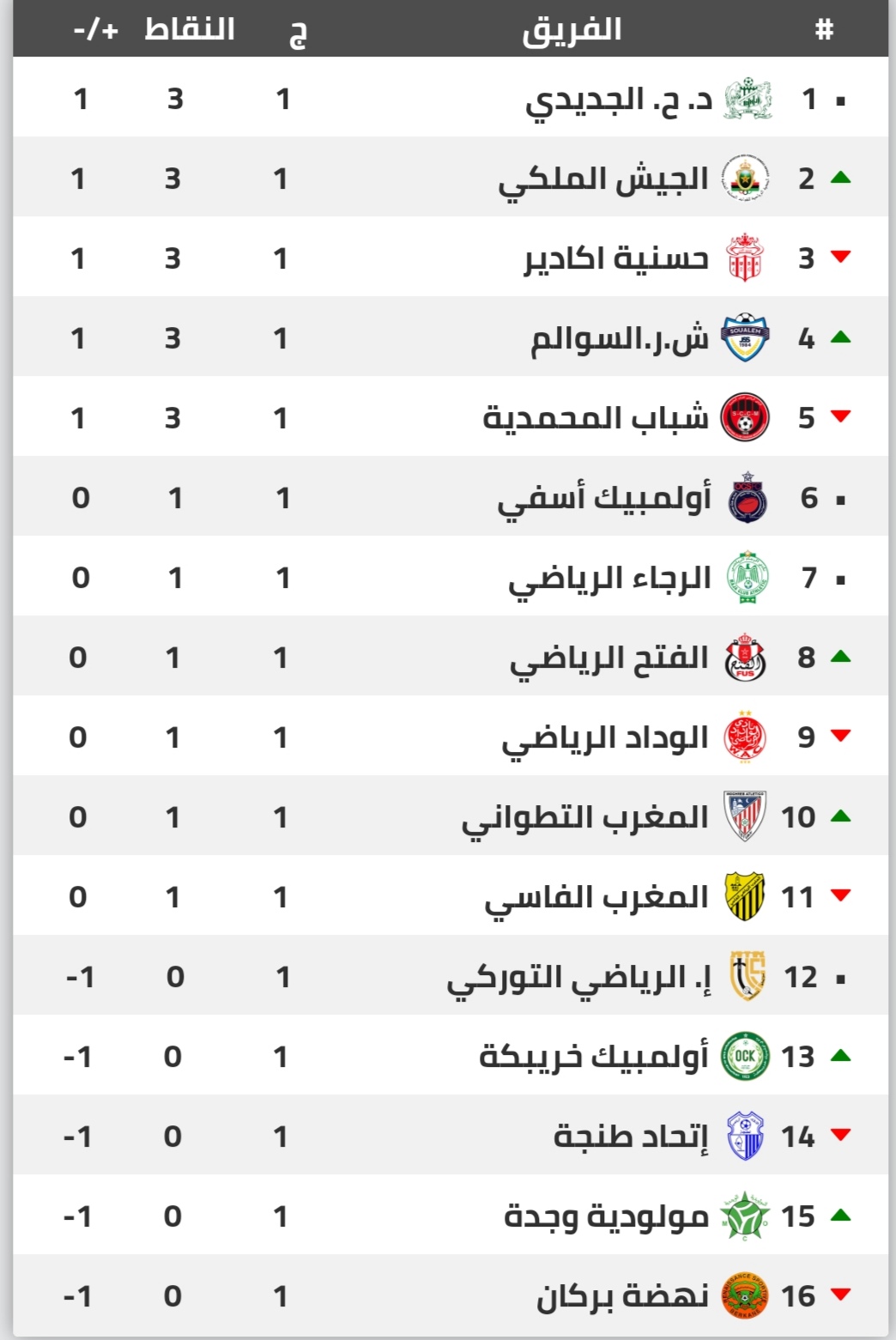