The Algerian U-17 team won the Arab Junior Cup for the first time in its history, as a result of the victory over Morocco on penalties by 4/2, after the end of the match that was played today, Thursday, at the Al-Siq Stadium in the state of Mascara, in a positive draw with a goal for himself among the chosen ones.

Caution prevailed at the start of the first half of the game, after the ball was confined to midfield in most periods, as each team waited for the other to make a mistake in defensive coverage, to find the hole that would allow them to reach the net to open the scoring. 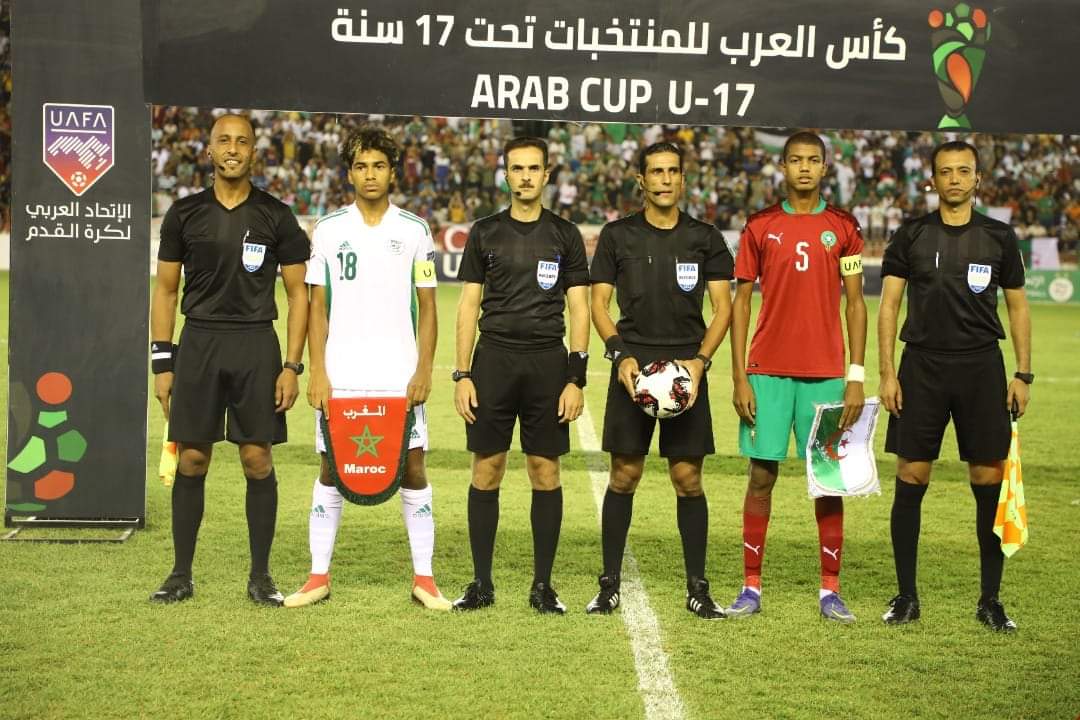 As the minutes went by, the Moroccan U-17 team managed to extend their control throughout the first half, in an attempt to score the first goal, which would allow them to take the match as they wanted, while the Algerian team he wasted many opportunities in the middle of the field, product of the confusion of his players.

Said Sheba’s sons came close to opening the scoring in the middle of the first round, were it not for the rush to pay, and the good intervention of the Algerian goalkeeper Mastias Hammach, while his teammates maneuvered from time to time whenever they had The opportunity, looking for Morocco to surprise with a goal against the course of the match without being able to do so in The lack of offensive efficiency remained.

And things continued as they were, the Moroccan team rushed to finish the first round in advantage, in exchange for the confidence of the Algerian team in counterattacks, which did not pose any danger to goalkeeper Taha Benghzel, so the first part ended. about the impact of the whites, knowing that the Al-Siq Stadium was full. about the last one. 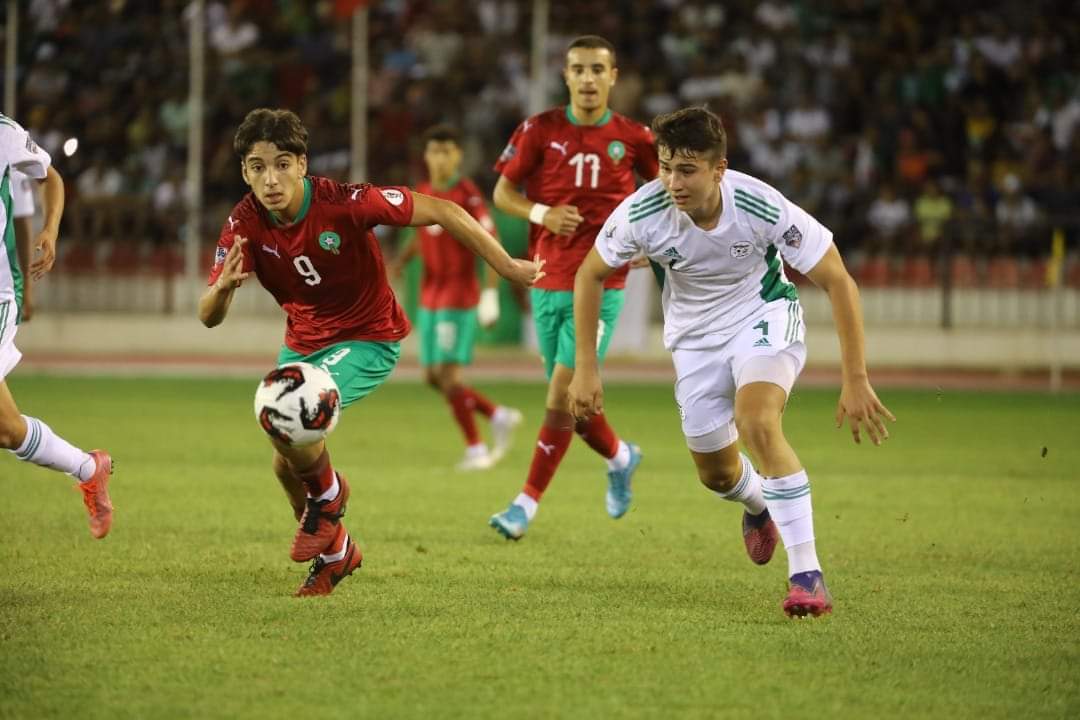 The second round was completely different from the previous one, after the Moroccan team managed to score the first goal through player Mohamed Al-Rashidi in the 50th minute, taking advantage of the confusion among the Algerian players in defense.
About the victory, especially since the tournament is taking place on the grounds of their stadium and in front of their fans.

The Algerian team tried to equalize in several ways, but failure was the most outstanding title of all their attempts, both because of the rush and the good footing of the Atlas Cubs defense, accompanied by goalkeeper Taha, who responded to everyone . the balls heading towards him, while the Moroccan players leaned on counter-attacks, perhaps one of them would guide them to the second goal. 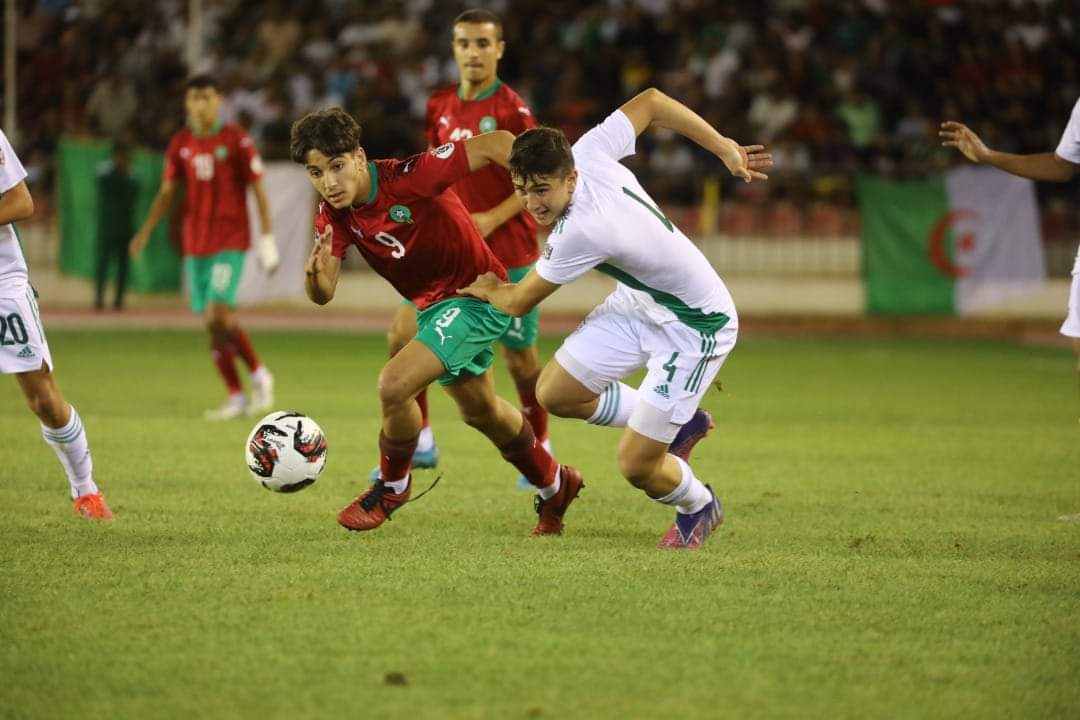 Youssef Belkaid’s teammates dominated the game after the Moroccan team scored the first goal, while the latter once again ensured their pass, in the face of the continuous onslaught of the Algerian team, who failed to take advantage of the chances given to them. the second round, while the Cubs continued to scatter the balls, to continue things As is without changing the scorecard.

At a time when the match was heading towards the end, with the Moroccan team winning with a clean goal and crowning the title for the first time in its history, the Algerian team achieved a draw through player Ismail Al-Tayeb Shuhaima in the Minute 90, with a powerful shot from outside the area of ​​operations, which neither blocks nor responds, returning the game to the starting point.

The last five minutes, counted as extra time, did not know anything new in terms of the result, so the match ended with a positive tie, a goal equally between both teams for the only time in its history.

The Moroccan team had left the competition in its first edition, which was in 2011, from the group stage, after finishing third with four points, a victory over Iraq with two clean goals, and a draw with Sudan with a goal for the same, and a defeat against Algeria, while it was excluded from the semifinals of the 2012 Copy, against the current champion, the Tunisian team, on penalties, 4/2, while it did not participate in the edition of 2014, knowing that the tournament was canceled in 2021, due to the Corona virus. 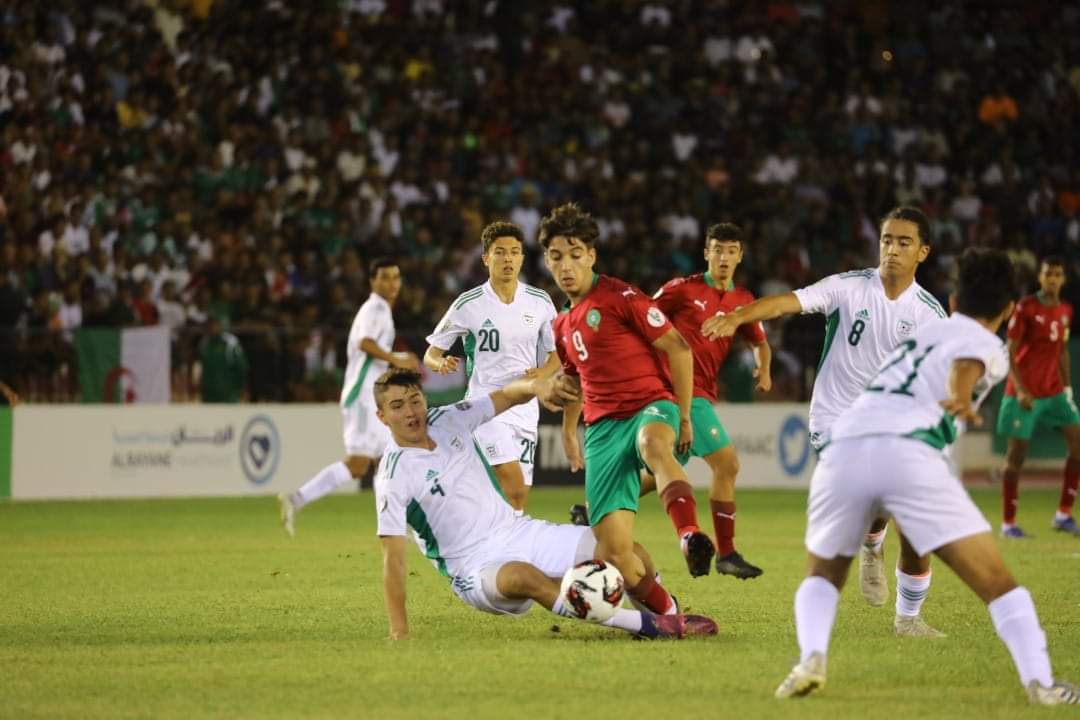