The Parliamentary Group of Justice and Development demanded that Parliament summon the Minister of National Education, Initial Education and Sports, to discuss the conditions for the start of the current school season due to the rise in the prices of books, notebooks and school supplies.

In this context, Abdallah Bouano, head of the Baijidi parliamentary group, asked the head of the Education, Culture and Communication Commission of the House of Representatives to hold an emergency meeting with Minister Benmoussa. 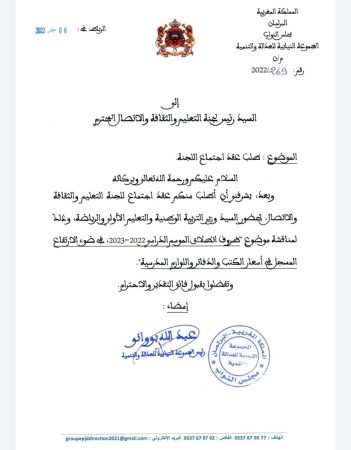 According to a source from the Justice and Development Parliamentary Group, Benmoussa’s invitation to appear before the parliamentary committee is linked to the resentment expressed by a large number of citizens, including parents and guardians of students, and their various associations in the regions, in protest at the high prices of some books, supplies and school courses, despite a step of support that not even the Koutibians received comfortably.