The Disciplinary and Ethics Committee of the Arab Football Association issued a series of disciplinary decisions on what happened after the end of the match between the Algerian national team and the Moroccan national team, in the final of the Arab Cup for under-17 teams, which took place on Thursday, September 8, 2022.

The Arab Federation fined the Algerian Football Federation US$120,000 for entering the stadium, and the Algerian team was fined US$25,000 for the involvement of several of its players in the clash with the Moroccan team’s players. 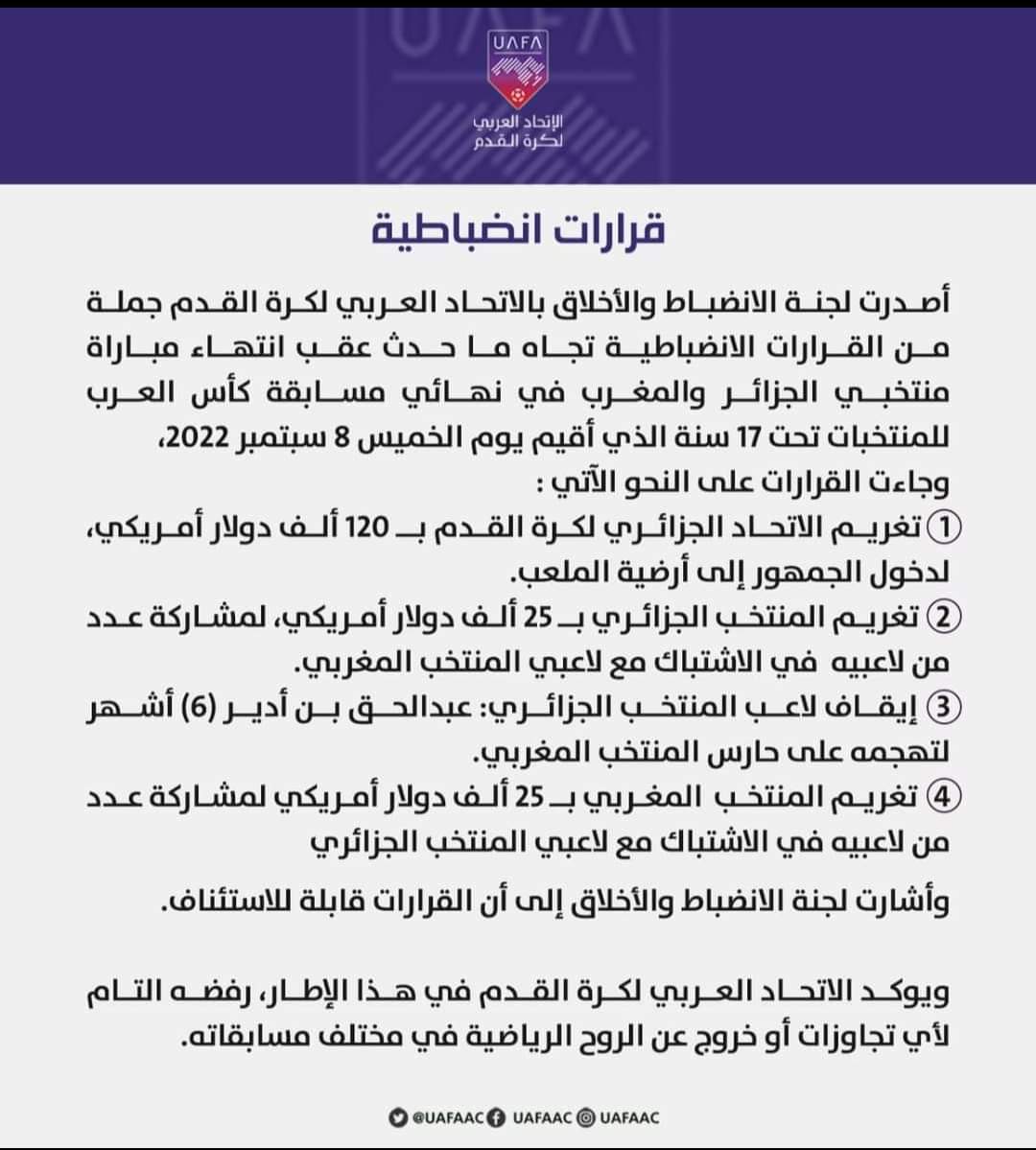 The Ethics and Disciplinary Committee indicated that the decisions are subject to appeal, and the Arab Football Association affirmed in this sense, its total rejection of any violation or deviation from sportsmanship in its various competitions.

The Moroccan players tried to defend their teammate “Taha”, but upon arrival they were also subjected to several attacks, in a total lack of sportsmanship.

A group of sports activists expressed, on their official pages, their dissatisfaction with the riots that occurred after the end of the match, and the attacks against the players of the Moroccan team despite losing the title.

It should be noted that the Algerian U-17 team won the Arab Junior Cup for the first time in its history, as a result of the victory over Morocco on penalties 4/2, after the end of the match played. today, Thursday, at the Al-Siq stadium in the state of Mascara, in a positive draw, goal equally between the two teams.