The replica of the Qatar 2022 World Cup landed this Sunday morning in Morocco, specifically in Casablanca, as part of the world tour undertaken by an international beverage company, amid celebrations and Moroccan songs.

The replica of the original World Cup trophy will go on display tomorrow Sunday in the middle of the green space “Anfa Park”, giving witch round fans the chance to inspect the cup up close.

The original cup was accompanied to Morocco by former French international David Trezeki, winner of the 1998 World Cup with the French national soccer team and the European Cup of Nations in 2000.

“I know Morocco well, as I have visited it on many occasions, and I say it and repeat it every time. The Moroccan people are passionate about football and I hope that the Moroccan team will shine during the World Cup matches in Qatar.” Trezeki added. 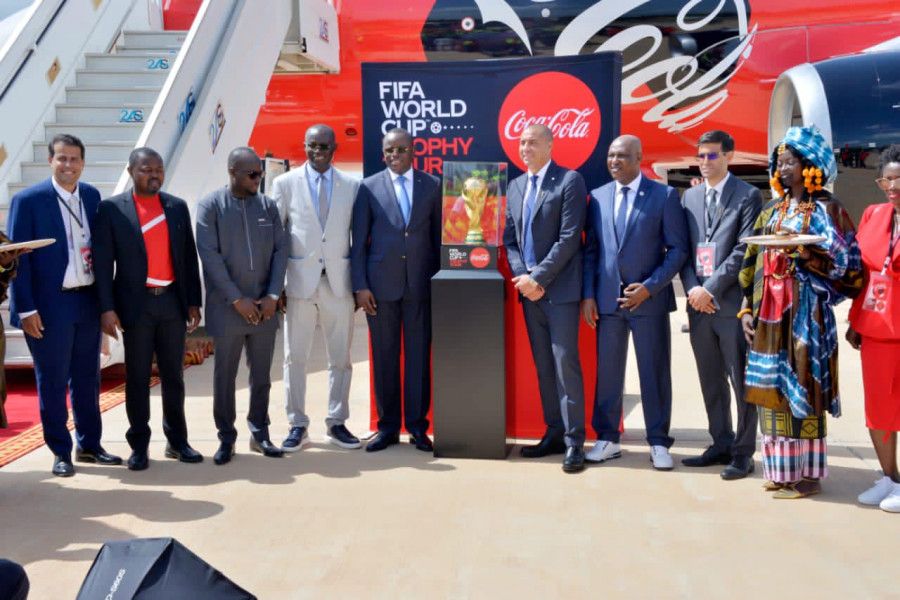 In the same context, Mehdi Alami, General Manager of Coca-Cola in Morocco, said: “Today we host the World Cup. We have been FIFA partners since 1974. Morocco has always been able to convince FIFA and Coca-Cola to host the cup because the Moroccan people love football and have a strong team that qualified for the World Cup.

He added: “For Coca-Cola, Morocco is an important country and the company has been present in Morocco for more than 75 years. To promote unique experiences thanks to the alliances with FIFA, Coca-Cola is the only company capable of organizing an event of this type”.

This is the first time in the tournament’s history that the Cup has visited all 32 qualified nations, giving fans the opportunity to experience the most prestigious prize up close.

The cup will visit Ecuador on October 31 and November 1, then Costa Rica the next two days, the United States of America from October 5-8, then Canada the following day, before moving on to Saudi Arabia in November. On the 11th and 12th, after which he will land in the Qatari capital, Doha, and will settle there on the 13th of the same month in preparation for the start of the World Cup final.

It is known that the original copy of the World Cup is made of pure gold, weighs 6,142 kilograms, is given to the winners of the World Cup and remains the property of FIFA, and a picture of two people carrying the globe. It is engraved on its surface, its current design dates from 1974.