The city of Tangier commemorated this Friday the memory of the late media and film critic Noureddine Sayel by opening the 22nd edition of the National Film Festival, organized by the Moroccan Film Center under royal patronage.

In an effort to pay tribute to the unprecedented trajectory of the late Al-Sael at the service and development of national, African and international cinema, the organization has dedicated, during this edition of the festival, a special tribute to the son of Tangier, the “deceased of Moroccan cinema”, and to commemorate his memory.

In this sense, the Minister of Youth, Culture and Communication, Mohamed El Mahdi Bensaïd, recalled in a speech on the occasion, “the spirit of the late Moroccan cinema, Mr. Noureddine Al-Sayel, to whom this special honor session”, since “he was and will continue to be one of the most outstanding faces in the world of Moroccan cinema, of the generation of pioneers who transmitted the spirit of cinema to Moroccans with sound, to complete the image in your imagination.”

Bensaïd stressed that the late Al-Sael, son of Tangier, was “a man of a special nature (…) who put his experience and ideas at the service of national cinema, promoting national productions and Moroccan artists, and becoming then the best ambassador of our unique and incomparable national culture and identity”.

For his part, the Moroccan director, Kamal Kamal, affirmed, in a similar speech, that the late Al-Sael was the “spiritual father of national cinema” and “the godfather of African cinema”, stressing that the many gifts he gave make him a permanent presence, as well as makes his soul move away from the circle of Oblivion.

He pointed out in this regard that the late Al-Sael is credited with having planted the seeds of the culture of the seventh art in the Kingdom, especially through his founding of the National University of Cinema Clubs, which contributed to the rooting of the culture of the Cinefilia, also highlighting the strong support that the deceased gave to national film production in life, as well as his service to cinema in Arab and African countries.

For her part, the widow of the late Nour El-Din Al-Sayel, Nadia Largate, highlighted the enormous intellectual energies, the high human quality and the multiple skills that the deceased possessed, and his tireless desire to ensure the irradiation and presence of the Kingdom in the main cinematographic forums of the world.

Largate also stressed that “the name of the late Al-Sael will remain immortal in Arab and African film festivals, such as the Tangier National Film Festival, the African Film Festival in Khouribga, the Festival (FESPACO) in Burkina Faso, and others, emphasizing that the best that can describe the deceased is what is recorded in the telegram of condolences sent by His Majesty King Mohammed VI to his family, in which His Majesty confirmed that the deceased was an “excellent personality”.

For his part, the president of the Tangier Community Council, Mounir Limouri, referred to the late Al-Sael as “the deceased of national cinema, who made his wonderful work part of the radiant history of the Tangier National Film Festival Tangier, thanks to which he became the best representative of the successful cinematographic demonstrations in the Kingdom”.

It should be noted that the late Al-Sael, who died on December 15, 2020 in Rabat, was a professor and inspector general of philosophy, a member of the Standing Committee on Education and Training for All and Access, a producer and a film critic. . He was also one of the pioneers of the Moroccan seventh art, screenwriter and author of several films.

The late Al-Sayel was also a program director on Moroccan television (1984-1986), and took on the same task on the “Canal Plus Horizon” television channel. The deceased assumed the direction of Channel Two (2003-2000) and then the Moroccan Film Center (2003-2014), which imprinted on them his professional rigor and intellectual demands. 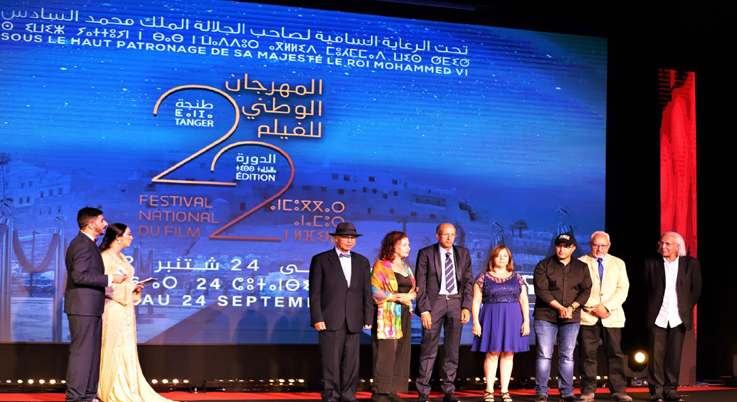 The late Al-Sail, at the head of the Moroccan Film Center, devoted his efforts to reforming the fund to support the permanent production of national cinema to reach an annual average of 20 films, fostering South-South cooperation with African countries, introducing cinema at an international level, and promote the destination of Morocco to host the shooting of foreign films in our country.

In 1973, the deceased founded the National University of Film Clubs in Morocco, which he directed until 1983. He also founded the African Film Festival in Khouribga in 1977.