As the residents of the Irshak oasis, which is under the influence of the Tammout community in the Zagora region, waited for the rain after the temperature had dropped in recent days, and the summer season was about to end after Two days later, they were surprised by the outbreak of a fire in their oasis, on the night of Monday, September 19, without warning.

As soon as the fire broke out, a large part of the inhabitants of the oasis went to try to put out the fire, and at the same time, the security authorities of the community were informed to call civil protection. 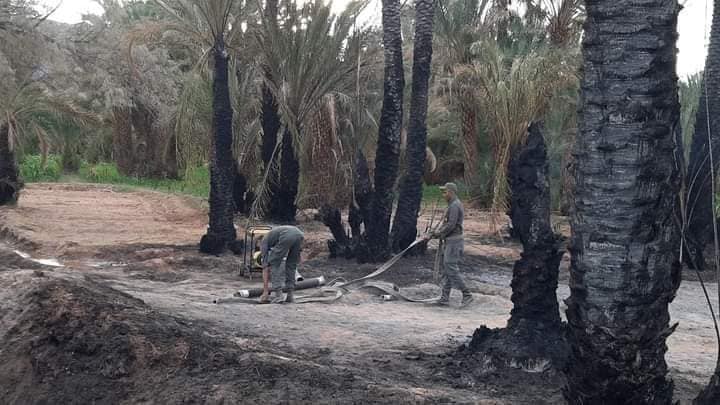 After hours of continuous effort, the civil protection elements, with the help of the inhabitants of the oasis and nearby oases, managed to put out the fire that destroyed more than 1,300 palm trees and other fruit trees, according to some press sources in the region. .

The same sources confirmed that the fire, in addition to destroying hundreds of palm trees, also caused some non-dangerous suffocation for some citizens due to the density of the smoke.