The Moroccan team achieved a 2-0 victory over Chile, in the match that was played today, Friday, at the Cornellá El Prat stadium, in Barcelona, ​​​​of the Espanyol team, as part of the preparation of the lions for the Qatar 2022 World Cup, scheduled for the period between November 20 and December 18 next.

Walid Rekraki’s touch was visible to the whole team from the start, after the Moroccan team entered the first round pressing, controlling the ball, relying on short passes from defense, through the middle, to attack, while that the Chilean team found themselves defending their goal, to avoid surprises, from Black.

The Atlas Lions almost translated their control into a goal in the first quarter of an hour, were it not for the good interventions of goalkeeper Brian Curtis, accompanied by the defenders, who were an impenetrable barrier for all Moroccan attempts, while the Chilean left. The posts were denied progression, so the minutes of the first half between both teams continued with Sánchez’s teammates defending their goal, in exchange for the Moroccan team’s attack in search of the progression goal. 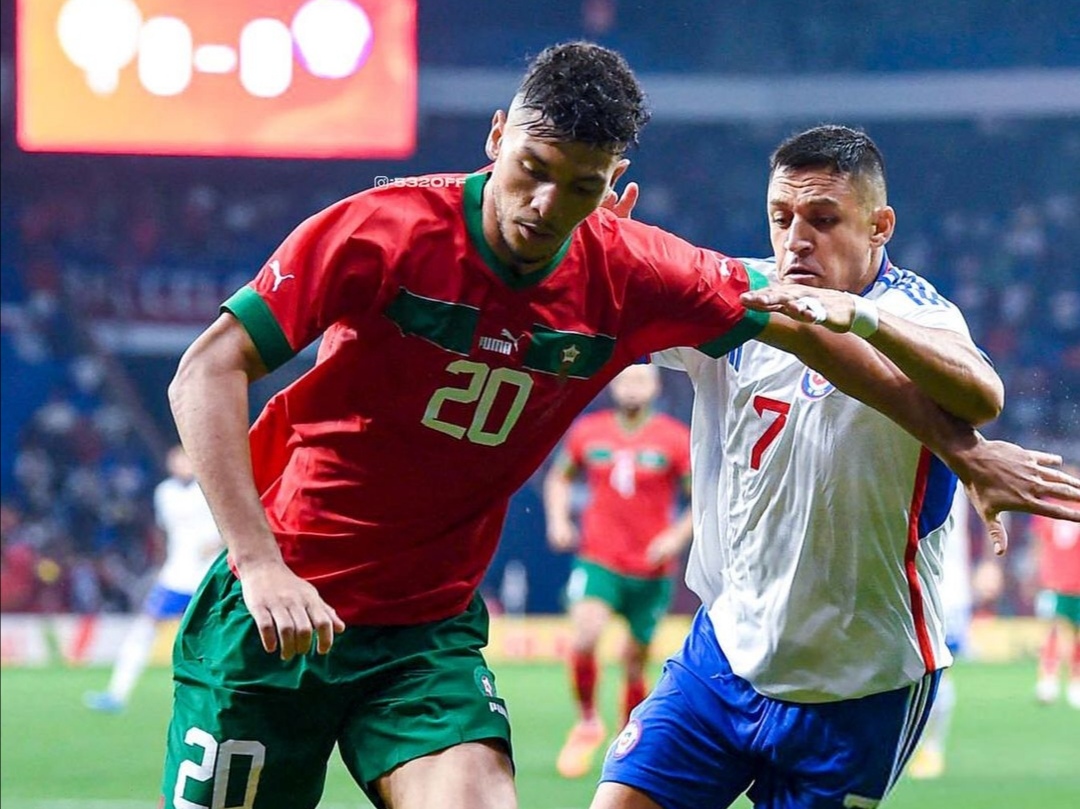 The Chilean team entered the atmosphere of the match after the first quarter of an hour, which caused the Atlas Lions to go back, relying on the wings in case of attack, to take advantage of the speed of Nassir Mazraoui and Ashraf Hakimi, and the descendants of Hakim Ziyech and Sofiane Boufal, knowing that the quartet represented a danger to the Chilean defense throughout the match.

And things went on like this for the remaining minutes, attacks here and there without any game being able to reach the net that escaped them together, in the absence of the striker capable of lodging the ball in the goal knowing that the preference was in favor of the Moroccan team, finishing the first round also started to the beat of the whiteness.

Walid Rekraki kept the same squad with which he started in the first round, in an effort to create more homogeneity in the group, knowing that the team came under pressure from the very beginning, while the Chilean players continued to defend their goal, for fear of receiving a goal from the Atlas Lions, who expressed the desire to reach the net, through the attempts they had. 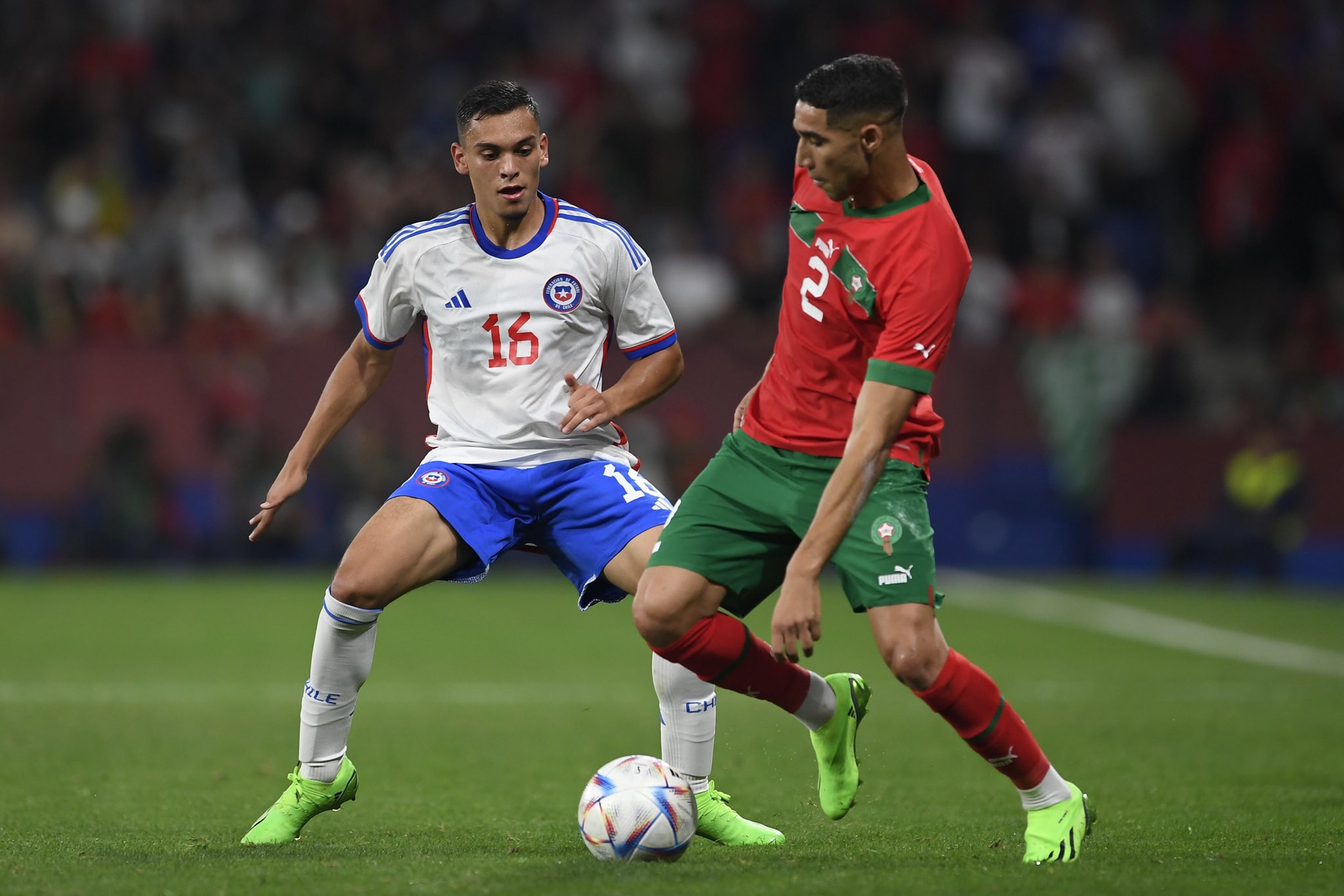 The Moroccan team managed to reach Brian’s net through Ashraf Hakimi in the 53rd minute, from a direct free kick, but the referee annulled the goal due to the presence of infiltration, after the participation of the offsider Ashraf Dari in the goal, to return the match result to what it is, and the two teams are looking again on the goal of progress.

Vidal almost gave Chile the lead with a powerful shot from outside the area of ​​operations in the 59th minute, were it not for the horizontal crossbar that goalkeeper Yassine Bounou represented in the save, for the Moroccan team to reach the net, Through player Sofiane Boufal’s penalty in the 66th minute, Progress made Sánchez’s teammates rush to level.

And Walid Rekraki inserted newcomer Walid Ashdera and Amin Harith, in the place of Youssef Al-Nusairi, and Ezzedine Onahi, in an effort to revive the attack, hoping to add other targets, as well as determine the readiness of the majority. of the players, before the Paraguay match, which is the last friendly of the Lions before the Qatar 2022 World Cup.

Rakraki continued with their changes, introducing Zakaria Abu Khalil, Abdel Hamid Al-Sabri, in the place of Sufian Boufal and Salim Amlah, knowing that the changes would not affect the return of the national elite, who continued their offensive approach in search of others. goals, while the Chilean team maneuvered from time to time whenever he could. He has the opportunity to tie.

Abdelhamid Al-Sabri’s response was immediate as soon as he entered, after he managed to score Morocco’s second goal in the 78th minute, with a powerful shot from outside the area of ​​operations, which was neither blocked nor contested, to present the victory of the Atlas Lions as a triumph. gift to the new national voter, Walid Regraki on his birthday.

Rakraki participated in Abdel-Samad El-Zalzouli, Yahya Gibran, instead of Hakim Ziyech, and Sofiane Amrabat, in order to provide the complement in midfield and attack, to continue behind the Moroccan “Tiki Taka”, while The Chilean team did not find any loophole to reach the networks of Yassin Bono, who was comfortable in his goal.

The last minutes of the match did not know anything new in terms of the result, with the Moroccan team continuing to rush, and the defense of the Chilean team, to end the match with the victory of the Atlas Lions with two clean goals over Los Vidal’s companions, so that Walid Regragui could achieve victory in his first meeting with Morocco as a national voter, while waiting for the Paraguay match, which will be played next Tuesday, starting at eight o’clock at night. 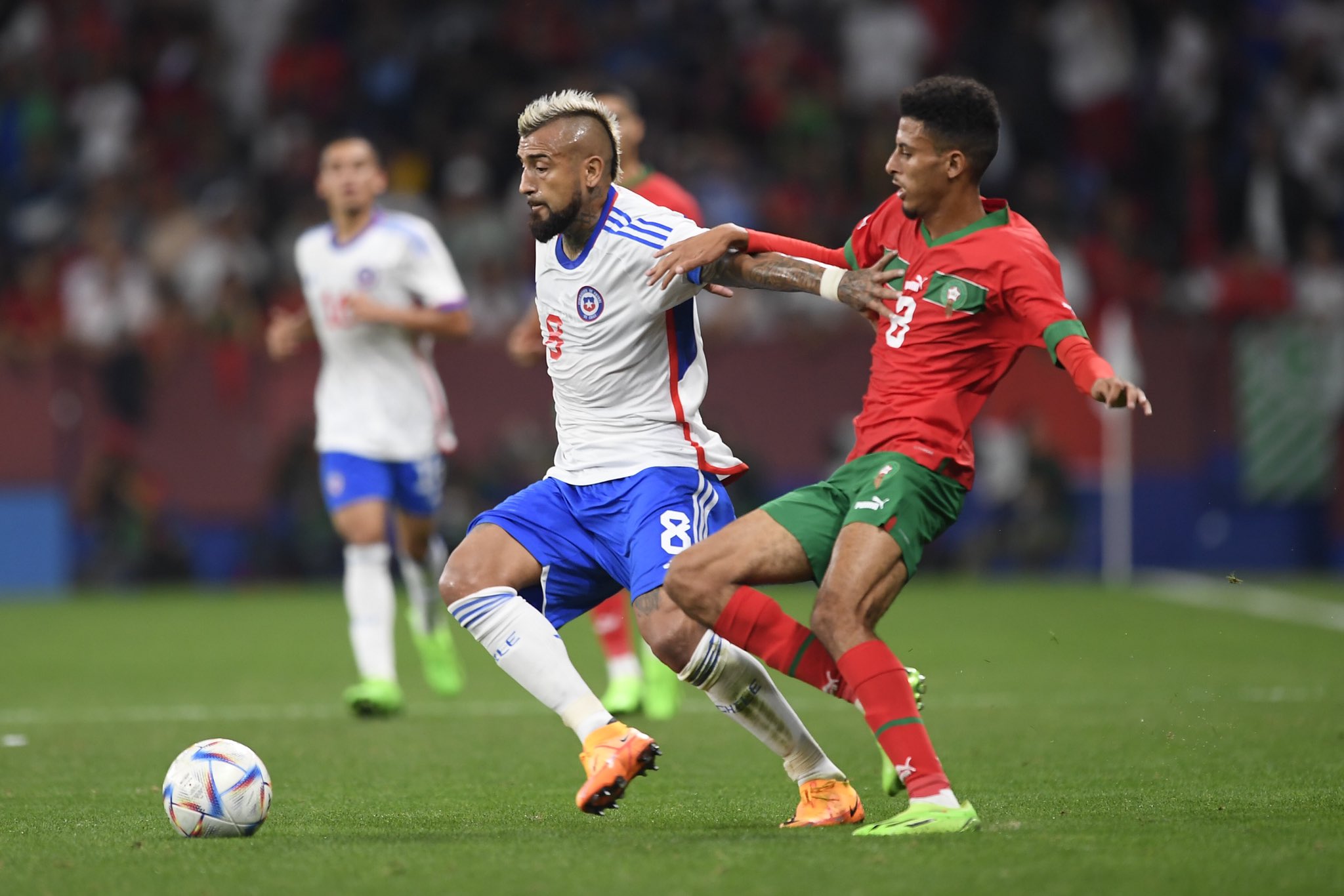