Under the slogan “From crisis to crisis: towards a new world order?”, activities began yesterday in Tangier for the fourteenth session of the “MEDAYS Forum”, organized under the high patronage of His Majesty King Mohammed VI. which was marked by the presence of the President of the Republic of Liberia, Dr. George Weah as guest of honor.

In a speech on the occasion, the president of the Amadeus Institute and founder of the MEDAYS Forum, Ibrahim Fassi Fihri, stressed that “MEDAYS is above all the Forum of the South, the Forum of Africans and for the good of Africans”.

Al-Fihri said: “From this perspective, we must look to the other world”, recalling that since the last session of the forum, two years ago, “a health crisis, aggravated by an economic shock, has shaken several world economies. ”, at a time when the war in Ukraine paralyzed multilateral “institutions”, peace and security and undermined world trade in raw materials”.

The head of the Amadeus Foundation considered that African countries need more than others the guarantees of the international community (CUP) that will be held in Sharm El-Sheikh”. 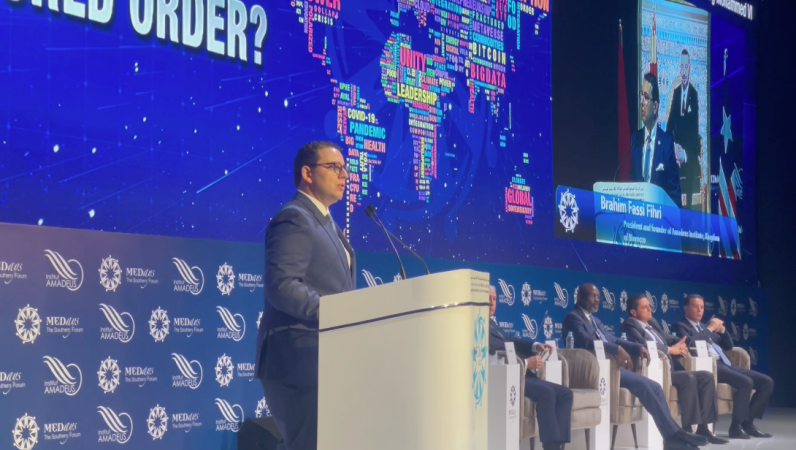 In this sense, he continued, the African countries, as well as Morocco, thanks to the wise vision of His Majesty King Mohammed VI, chose to act responsibly and lend a hand to the brothers of the African continent in order to build an African Union stronger. .

In his speech on the occasion, Liberian President Dr. George Weah, guest of honor at the MEDAZ Forum, said that African countries have no choice but to close ranks and lean towards strong and enhanced cooperation to meet multifaceted challenges. .

Dr. George Weah welcomed his participation as guest of honor on this key date for the exchange of views between decision-makers from the countries of the South, expressing his hope that the fourteenth session of MEDAYS “will help lay the foundations of mutual cooperation, solid trust between peoples, and integration and peaceful coexistence in Africa”. 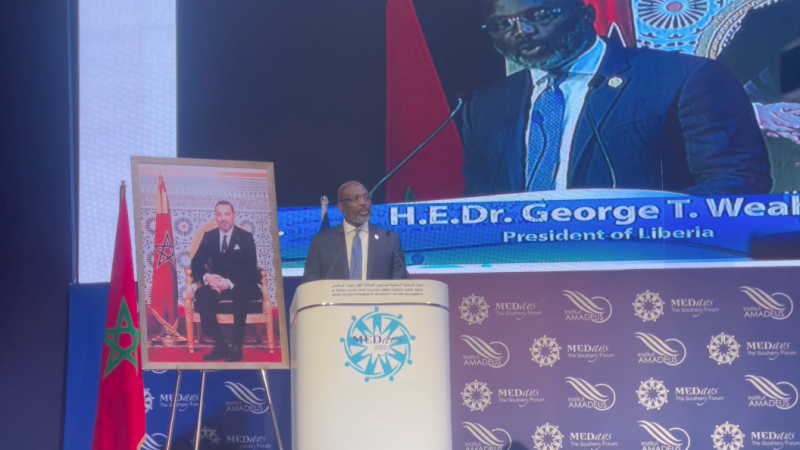 Regarding the theme of this session “From crisis to crisis: Towards a new international order?”, the President of Liberia affirmed that “we live today in a world prone to chaos and insurmountable crises that threaten the core of the international system”, noting that “pandemics of Ebola, Covid 19 and monkeypox, in addition to natural disasters caused by climate change, threaten political stability and thus fuel wars.”

He continued, “The advantage we enjoy as individuals is our possession of the power of wisdom and our ability to withstand adversity, even if it seems insurmountable,” noting that “no country is isolated from the climate crisis.” 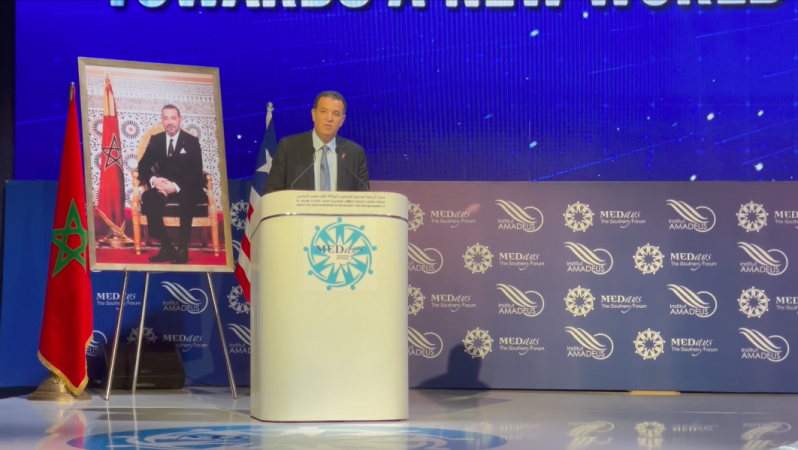 For his part, the head of the General Confederation of Moroccan Companies, Chakib Laalj, stressed that “cooperation between African countries is essential, and today it is even more urgent given the global economic situation we are going through.”

“It goes without saying that if there is a way to accelerate the take-off of the African continent, it is investment and joint use,” he said. Who says investment, first says favorable business climate, especially in the face of the global situation characterized by uncertainty.

The president of the Tangier-Tetouan-Al Hoceima Regional Council, Omar Mourou, considered that the choice of the motto “From one crisis to another: towards a new world order?” This session of the Midys Forum, which used to raise big problems and issues that are of interest to decision-makers from the South, in particular from the African continent and the Arab world, reflects a deep awareness of the precision of the scenario, the magnitude of the shocks and the weight of the responsibility entrusted to all of us. 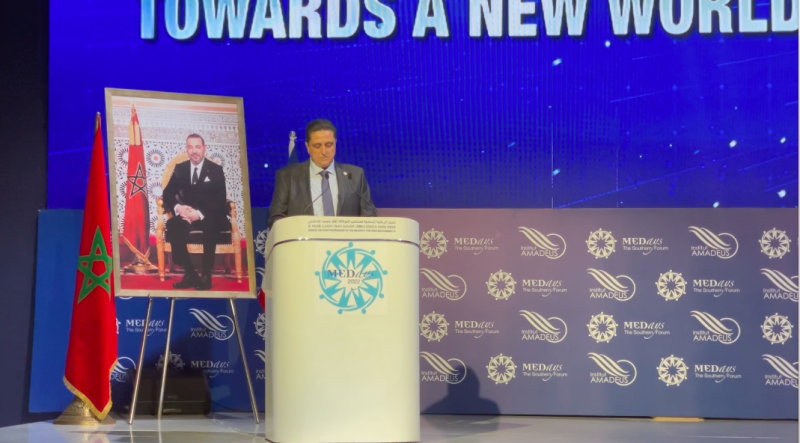 He affirmed that the challenges facing the African continent, and the countries of the South in general, in a very complex context, whether due to conflicts, tensions, economic crises, geostrategic changes or climate changes, “impose on us today before tomorrow, to have the courage and strong will, to make intelligent and quality investments (…) have positive effects on future generations.” 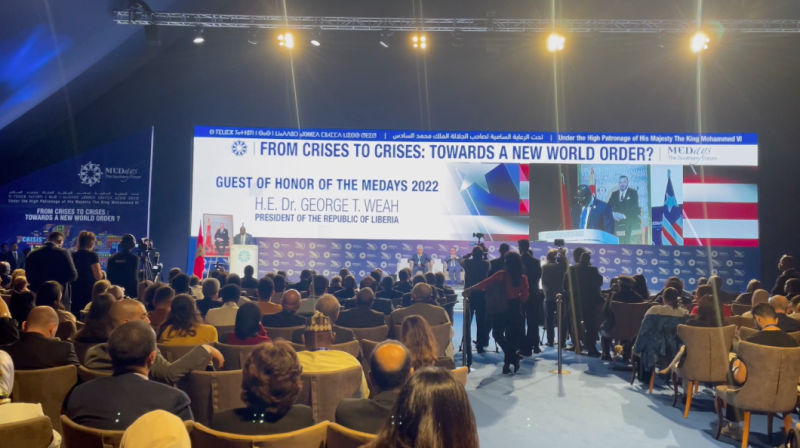 It should be noted that this session, which resumed after a two-year break due to health problems, is an opportunity to discuss the main geopolitical, economic and social problems that shake the world, such as the war in Ukraine, the conflicts and the instability. in Africa, tensions in the Indo-Pacific and food and energy crises, inflation and climate change.

The Medays International Forum also once again constitutes an appointment for more than 230 illustrious interlocutors from 80 countries, in addition to experts, observers, interested parties and researchers in the field of international relations, with which the expected number of participants in total rises to 5,000 people.